In a December 22 decision, the US District Court struck down the use of foreign steel on federally-funded projects.

Steel rebar tie wire and steel lifting devices manufactured overseas will no longer be authorized for use in federally-funded highway construction projects based on a recent ruling by a US District Court. The Court ruled that the Federal Highway Administration’s 2012 exemption memo for miscellaneous steel components constituted a substantive rule change that should have been formally published in the Federal Register and opened for a period of public comment. The memo allowed Precasters to use foreign tie wire and lifting devices in federally-funded work that included Buy America Provisions.

This all adds up to just one more reason why you should Klip rather than tie! The KODI KLIP System is already the least expensive method to connect rebar, as well as being faster, stronger, safer, AND made in America! 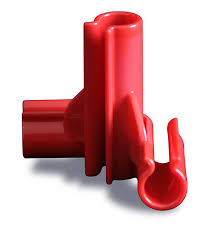 For more information on the KODI KLIP system, give us a call at 800.332.9770 or send us an email at infocenter@airmatic.com! We look forward to hearing from you!